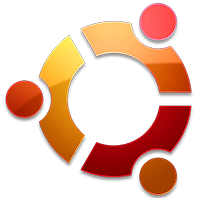 Need a High-End or a custom VPS plan?

Just tell us what you need and we would be more than happy to help.

We offer multiple Ubuntu VPS hosting plans tailored to suit even your most demanding needs.

Ubuntu is an open-source operating system (OS) based on the Debian GNU/Linux distribution. Ubuntu is a widely popular open-source Linux distribution with eight years of maturity under its belt, and more than 20 million users. Of the roughly 5 percent of desktop OSs accounted for by Linux, at least one survey suggests that about half are Ubuntu. It is no-cost and free to redistribute.

Comparison with the Competition

Please feel free to contact us if you have any further questions or concerns!

Do you offer free backup?

Yes, we do. All our virtual servers are backed up automatically on a weekly base.

Is my data safe?

Your data is 100% safe and secure with LVPSHosting. The datacenter is ISO 27001:2005 certified, secured with 40+ camera's and can only be accessed by verified customers with a keycard + finger print.

What kind of servers do you use?

All new virtual servers are provisioned on dual hex-core machines all custom built, RAID 10, 32+ GB of RAM. Our number one focus is high performance, uptime, and reliability - all of which begin with the servers we use.

Will I get an invoice?

Yes, every time you buy a product from us we will email you an invoice; invoices are also available to view and print at any time in your control panel.

Do you offer managed support?

Yes, we do. Our experts will help you with any aspect of using and/or configuring your server.

Do I need my own domain name when signing up?

No, you don't. You can put any domain name you want during the sign up procedure.

To learn more about what is covered under our managed support, please check our Fully Managed Support page.

Can I upgrade my account at a later time?

What is your uptime guarantee?

We offer a 99.99% Network Uptime Guarantee. All servers are connected on a multiple backbone connections connected to 4 separate 16 Gigabit fiber uplinks.

Do you offer free trial of your hosting accounts?

All of our hosting accounts come with an unconditional 30-Day 100% money-back guarantee, so if you're not satisfied with the service you can cancel within 30 days for a full refund. Please note that this not apply to the domain names, dedicated servers, SSL certificates and cPanel control panel.

Will my account be terminated if I do not pay my invoice on time?

Which payment method can I use to pay for my hosting plan?

Currently we accept all the major credit and debit cards as well as paypal, moneybookers/skrill, alipay and bitcoins.

Yes, you will. With all our servers you will have full ROOT access via SSH and you will be able to do anything you want just like on any other Linux server.

Where are your servers located?

LVPSHosting is using the Tier 3 datacenter 'Dataplace', which is located in Alblasserdam, The Netherlands. All the servers are located in high quality racks with 2x 32A redundant power feeds. This allows us to guarantee a 99.99% power uptime for our customers.

How long will it take for my hosting account to be set up and online?

After a successful verification of your payment it will take between 2 and 4 hours for your server to be setup and ready.

Can I host adult contents?

Can the server be unmanaged?

Yes, once we send you the server login details, just change the root password and no one will have access to your server except you.

When are my renewal invoices issued/due?

Invoices are generated seven days before their respective due date.
Send us an Email

Live chat with us

Each of LVPSHosting managed, shared, and Virtual Private servers carry a 30 days unconditional money back guarantee. If you are not completely satisfied with our services within the first 30 days of your service, you will be given a full refund of the contract amount. Dedicated Servers are not covered with our 30 days money guarantee option.

The amount you pay for hosting will never increase from the date of purchase. You will keep the same price for as long as you are a customer. We reserve the right to change prices listed on www.LVPSHosting.com, and the right to increase the amount of resources given to plans at any time.

This service is currently unavailable. However, if you urgently require it please feel free to contact us at sales@lvpshosting.com and we will workout something for you.

We have no promotions at this time. Please check later.

All the servers at LVPSHosting.com are fully managed by default at no extra cost. A fully managed server means that we will do the complete server management for you.

Our managed option fully support all the software and system services installed on your server no matter if you're running cPanel/WHM, Webmin/Virtualmin, ZPanel, VestaCP, DirectAdmin or any other control panel, or you have no control panel at all. If you need some application/software installed on your server and you don't know how to do it, we will set it up for you for free.

Our technical support department is available 24 hours per day, 7 days a week, 365 days per year to provide you with a Premium Fully Managed Support and help you with any aspect of using and/or configuring your server or any problem you may have.

Our Technical support department can be contacted via Email/Ticketing system, Phone, Skype or via our Live Chat available on our web site.

3. Our Fully Managed Support includes (but it's not limited to) the following:

4. Our Free Data Migration includes the following scenarios only:

Additionally, we will also try to help you with any third party scripts or service installation and management but we can only give you our "best effort" guarantee. This is because there are so many different applications out there that it's simply impossible for us to be familiar with all of them, or with even just a small number of them. For more info please contact our Technical Support department.

Subscribe to our email newsletter for useful tips and valuable resources.